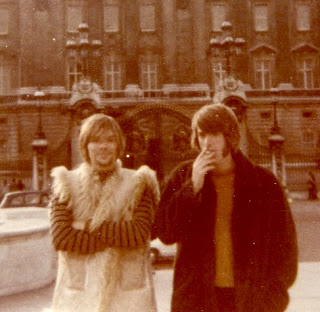 I heard Maxwell before I ever met him.
Back in the older days when people used to actually interact, Jill and I were at Jim Dickinson’s house in Collierville when he played us a demo tape of Mason and Max. He had prefaced the recording with some unusual stories about Max being in a Mississippi band who went to Europe, and ended up stranded in Holland. After their thatch hut and belongings were burned to the the ground, Maxwell shaved his head and joined the Hare Kristnas to get enough money for a plane ticket home. I’m sure Dickinson might have embellished or gotten some of the facts wrong but “Hot Dice”, “The Band Played Maybelline”’ and “Dixie Boy” were the songs on the tape..

I wish I was in Dixie whooray….. alright….. etc.
I got Max’s number from Jim … met him at a drugstore… out on Clinton Blvd
and we have been friends and compadres since. This has been over 40 years ago.

Maxwell was an intuitive songwriter.  We wrote songs together. Jill and Max wrote a lot of songs. Mainly misunderstood and sometimes hard to put into perspective, Max always knew what was good and what might make things better. It was an innate musical sense. He had the ability to understand complex ideas and situations and then be able to break them down to the least common denominator. Jill and I have used “Maxwell-isms” in our daily speech for years and I’m sure we will continue to.

Max was a true guitar player. The sound he made came out of his fingers not out of the instrument.. There are simply no notes for this kind of player. He was not held hostage by traditional western music but only bound by the limits of what he felt… and when it felt right, it was always great.

It’s always a blow to the living when yet another person who can call your name is gone.. for us, Max was a member of our family.. even the grand kids knew Max. We will miss being able to work together but Maxwell will never be gone from us for he lives on… in the music.