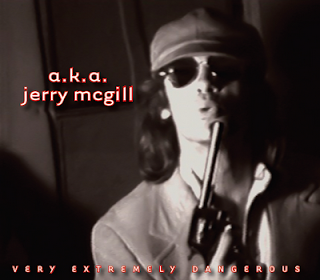 Posted by Playground Recording Studio at 5:46 AM No comments:

A McGill testimonial from Ronald Rich.. his drummer in the Topcats in 1959
Jim
Good to have your background and connection with the upcoming movie.  I had no idea you were involved.  Based on the clips I saw, it looks really interesting.  I would love to hear the music tracks.  Not sure where it might play where I live in Southern California
Here is some more info on Jerry McGill you might find interesting.  Jerry might not even remember some of these names.
I played drums with Eddie Cash and The Madcaps, Dickie Lee, Mac Davis, Jerry Reed, Ray Stevens, The Marvels, Jerry McGill and The Topcoats, and a few other Memphis groups plus my Sun sessions. I knew George Klein, Elvis, Sam Phillips, and a few of the other Memphis music influencers.
I played with Jerry McGill (the only name I knew him by) when he was starting out as a singer and until The Topcoats finally disbanded. Honestly, I don't remember why we disbanded but I went away to Georgia Tech for college and that's all I can remember. Jerry was a really great guy and very friendly to me. The girls were all over him whenever he played live. He had a musical soul and was destined to do well.  At the time, I was doing session work playing drums at Sun Studios at the age of 17.  If you recall the drums in Lovestruck, you know my work.
The musicians playing on Lovestruck and I wanna Make Sweet Love were Charlie Rich on piano (I think), Bill Black on bass, Martin Willis on sax, and I think Brad Suggs on guitar.  The session ran about 3 hours as far as I can recall.  None of Jerry's other band members played on the actual record.  For some reason, they wanted me on both A and B sides.    I remember giving Charlie Rich (no relation) a ride after a recording session to the Holiday Inn in Memphis one night and this might have been the one, but this was over 50 years ago. Charlie was not big yet but very talented.
I definitely remember Martin Willis, a Sun powerhouse, playing sax with me on Jerry's only Sun record. The backup singers on Lovestruck were Opal Green, Twila Taylor, Nanci Drake and Carolyn Maharrey. All of the girls were juniors at Treadwell. Jerry McGill was very talented and was really great to his entire band.

Jerry was totally dedicated at the time to making it in the music business.  I understand after I moved away he became very involved in producing records as well but I lost touch with him.

Here are the names of all the Topcoat musicians who played with Jerry McGill on all live performances around Memphis. You may remember some of them. The group was tight and put out an amazing sound for a garage type band in 1959.   Jim King was lead guitar and band manager, Ronnie Rich on drums, Frank Thomas on bass and keyboards, Bobby Scott rhythm guitar, Dwayne Fowler sax.
Jim King ran the band very well and kept us really booked. Some of the live appearances got "quite lively." including an occasional fight in the parking lot. There is a Commercial Appeal newspaper photo of the Topcoats playing at the National Guard Armory with Jerry standing on a round stage but I don't know how to get it posted. George Klein cooked up this huge "dance" at the Armory to promote a teenage dance club according to what I heard and Barney Sellers did the photography for the newspaper promotion.
Unfortunately, the entire band never got in the photo since Jerry was the real focal point. By the way, the girls backing Jerry on Lovestruck are also on the Jerry Lee Lewis song "Let's Talk About It." Not sure what happened to all the Topcoats. Jim King is alive and well and living in Texas. No idea what happened to the others. If you are out there, let us know. Most people assume J M Van Eaton played on Jerry's session but that is not true.  I stopped by to see JM Van Eaton in Memphis a couple of years ago during a visit from California. He was working out in Germantown for an investment company and gave me some new drumsticks from his line of JMVanEaton drum products. What a great guy! He has a wonderful history with Sun and should be in the Rock and Roll Hall of Fame in my opinion. JM is the only session drummer that actually has his picture on the Sun Studios wall and it is certainly earned. Jimmy Lott was another Sun session drummer I knew. He also went to East High while I was a student there. I understand Jimmy died.  We had a few "battle of the drums" on stage for the kids which was always fun. I think I won. And he thinks he won. The one that really won was the student...they had great fun.

I still have the original Love Struck 45rpm in my collection. It is one of my prized possessions. If Jerry sees this message, I wish him continued success with his new music coming out.  I live in San Diego and have been in California since 1968.  Don't know if Very Extremely Dangerous will ever get a viewing out here but if it does, I'll be the first in line.  Wish I could get my hands on a DVD if one comes out.
Glad to hear Jerry is alive and hanging in there.  He may remember me.  It has been 53 years since we cut his only Sun Record but maybe he will.  I had no idea he would take the path he did with crime and all the other crazy stuff but it sounds like he finally came back to his roots and love of music which is really his calling in life in my opinion.  If you ever see or talk with him, please tell him Ronnie Rich, his old drummer from the Topcoats said hello.  And let him know his guitar player, Jim King,  asks about him as well.

Ronnie Rich
Posted by Playground Recording Studio at 5:38 AM No comments:

Another page in the Jerry McGill  saga
Good Day,
Every once in awhile and it's been a long while I do a search on Curtis Buck a/k/a Jerry McGill.  This morning I heard a little voice in my head telling me to do it again.  And to my surprise I found your Blog.  WoW!  Are memories flashing back in my head today now!
Waylon & Curtis found me at the Playroom in Atlanta and asked me if I wanted to go on the road.  I said no.  I was only rock n roll way back then.  They called again, and I had since found out who 'they' were and said yes.  Was told to meet them in Vegas where they were playing the Golden Nugget.  And to check into the 4 Queens Hotel across the street.  I got off the bus from the airport, looked at all of those lights and said "Fuck I'm in Showbiz!"
What a wild ride it was for a 21 year old!  :)  I drove the limo and kept the books from 1968-71 off and on.  When Curtis got busted in Canada he told me that I had to be the road manager now for him and to count the heads at the door.  A bittersweet memory, and most likely not so good of a one for him as he was taken away.
After my road days I moved to LA and worked in recording studios and then later on in Film as a Production Accountant.  I'm in Florida now taking care of my Mom, when she passes I will be moving back to Sedona, AZ.
A funny story about Curtis.  We were all staying at the Hyatt House on Sunset Blvd in LA and I did not go down for rehearsals that day. And I got a phone call from Curtis telling me to call this phone number and ask for Pat Paulsen and say "Picky~Picky~Picky" and then hang up.  I did not want to do it, after asking me several times and then he just said DO IT!  I did.  And my voice was shacking so much that it went up several octaves and I did his request.  Later that evening he told me that he was down the hallway at CBS having his shoes shined and had to get up from the chair and walk over to the pay phone to hear me say "Picky~Picky~Picky" and hang up.  Curtis laughed so very much at Pat Paulsen's expression while he was listening to me on the phone.
So Please share with Jerry that I have enjoyed thinking about him today, listening to his music and reading about his escapades in your Blog.  It makes me want to take my Takamine out of it's case and practice now.  My Fender metallic purple Jazz Bass is in Tucson.  And one day when God takes another Blues Slinger on Home, we'll all meet for the grandest pickin' party that there ever was!  Amen.
And share this too ...
"YUT-TA-HEY HOSS!"  You take care now, hear!  And be kind to yourself.  You brought a lot of Joy to me on those "On The Road Again" days.
With Love,
Squirley
Posted by Playground Recording Studio at 6:57 AM No comments: