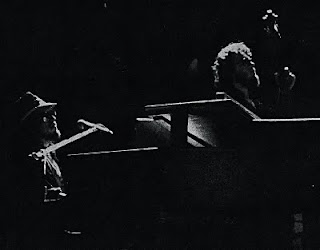 Jim Dickinson passed early on the morning of August 15th 2009. Jim's credits and influence on the music industry speak for themselves. If you are not familiar with his works or influence now would be good time to find out for yourself. To all of those who knew Jim, we all share the same loss, maybe in different degrees but as I have stated .."Gravity is a more powerful force today with his passing."

The Dickinson/Lancaster story is too long and yet not long enough. As he put it in his farewell letter, "Few will know and fewer will care-except those lonely people out there in their own night of desperation.
Put it in the red, old friend".

On Jim's 50th birthday we had a 3 day musical event, this was Jill's contribution to the publication that was issued in honor of the event

Somewhere in the Steaming Night......Africa?
In the heat. The smell of the wet earth
sweet and bitter
I'm searching, feelings Numbly on hands and knees
And always the Music.....
It's enough to change the taste in my mouth

Emotions surface, the tape changes
Voodoo Music..... The Whip cracks !
Will the UFO land tonight?
Yo Mama?
My Mama?
Everybody's Mama....
He smiles, somehow sinister
WoogaBooga!
The Fat Lady sings
And School is out !

Old Friend..as you know.. It's always in the red!
Posted by Playground Recording Studio at 9:51 AM No comments: 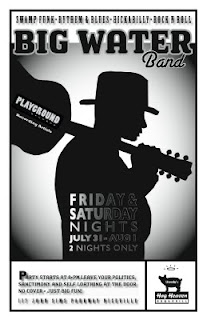 Clayton, Jim and Jill Lancaster and some members of the Playground Rhythm section. Warren Meigs on Drums and Ed Kollis. In a swamp/funk style, BigWater plays material gathered over the years from the near great.. songs you won't hear anywhere else.. some Dan Penn, Eddie Hinton, John Hurley and Ry Cooder, not to mention they have unearthed some Playground timeless masterpieces that are in the soul/funk genre. Some songs by Reuben Howell, Jimmy Gresham and the original Playground Rhythm Section.

In addition, BigWater Features some of our original songs including Clayton's "Boggy Bayou Blues", an anthem for the serenity of the Bayous that surround our twin cities. Clayton also does several songs in the "Americana" style. Dan Penn's "Tiny Hineys and Hogs" is a regular which is a biker's theme song. In addition, BigWater does arrangements of some known classics by Bob Dylan, Aretha Franklin, Lucinda Williams, Buddy Guy, Ry Cooder, Al Green, Bob Marley and Delbert McClinton along with some country classics by Waylon Jennings and Niceville songwriter of the year Larry Shell. Some New Orleans classics like "Trick Bag" and "Hey Pockey Way" are also included. Never over rehearsed.. you never know what they'll play and there are generally always special guests included, whether they are local favs or artists that have recently recorded at Playground.

You can catch BigWater at Woody's Hog Heaven in Niceville a couple of weekends per month.
Posted by Playground Recording Studio at 8:08 AM No comments: 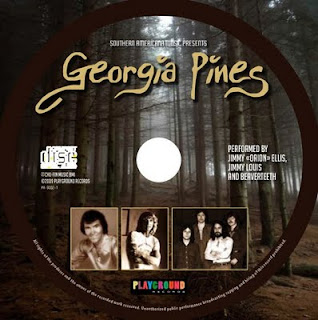 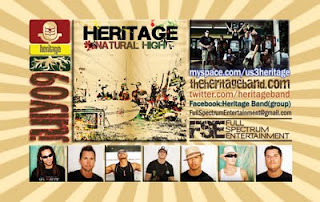 Been awhile since the Playground Team has updated the blog here. In the last couple of months we have seen the release of the Heritage CD.. a group of multinational guys playing Reggae/Pop music, headed up by Full Spectrum Entertainment. The album turned out very well and The Heritage band starts their Southeastern tour in October.

Meanwhile Playground Records has a Unique Special product that will be available in September. In the early 60's Songwriter extraordinaire Buddy Buie (Traces of Love, Spooky and many more) along with Playground alumnus John Rainey Adkins penned the song "Georgia Pines" that was a major regional hit on Wilbur Walton and the James Gang. The song was recorded in 1972 here at Playground by Beaverteeth with lead vocalist Charlie Silva. Within the next year Finley overdubbed two other vocalists on the track. The CD is the Beaverteeth track with Jimmy (Orion) Ellis' version and Jimmy Louis' version along with Charlie's original verion on the CD. These three vocals are also accompanyed by ann instrumental version. Audiophonically the CD is unique in that from the original tape transfer to the master, it was all done at 96K for the best possible audio quality. Our friends in Europe like to call this song "The Hymn of the South"
Posted by Playground Recording Studio at 7:23 AM No comments: