The Twin Cities... No not Minneapolis/ St. Paul... But Niceville/ Valparaiso....Florida now has up to 5 music venues within a 2 mile area, where you can experience live music on the weekends.. most always with no cover. With the tourist season over Niceville is becoming a live music hub for the panhandle. Woody's Hog Heaven, which by the way has great BBQ and full bar, musically is anchored by the "Boggy Bayou Band" BigWater. BigWater performs at Woody's generally one night every weekend. During the short time that Woody's has been open, they have become a musical center on Friday and Saturday nights. BigWater has had countless "special guests" perform with the band. These include, Jack Jernigan, Amy Hart, Bobby "Blues" Elmo, Kathy Lyon and Tom Lyon, Andy Durand, Steve Stokes, Duane Mays, Norris and Suzy and many more. Original and unique material sets these musical performances apart from the norm. Other local favs like the WaCo Ramblers, Coconut Radio, Common Thread, Suzy and Norris have also performed here with more to come in the future. Woody's is gearing up for Mullet Festival weekend which will be Oct. 16th-19th. BigWater will host during and after the Mullet Fest events. There will be some special events during this weekend that you won't want to miss.
Other Niceville venues.. The Bayou Blues, The Filling Station, The Edge, Tisa's. More on these later.. Come join us in Niceville for your next musical experience.
Posted by Playground Recording Studio at 10:36 AM 1 comment:

Our good buddy, Larry Tenor, formerly keyboard man with "Little Feat" has found true love and is leaving the panhandle for Tennessee and has graciously left us his 1966 Hammond B3. We have been putting the B3 on everything.

Special product "Georgia Pines" has officially escaped and is available at www.playgroundrecordingstudio.com. "Georgia Pines" was written by Buddy Buie and John Rainey Adkins.. originally made famous by Wilbur Walton Jr. and The James Gang, this Cd/EP is a track by Beaverteeth, sung by Charlie Silva, Jimmy "Orion" Ellis and Jimmy Louis PLUS has an instrumental track. Dothan's Jimmy Dean is playing on the tracks.

Muscle Shoals super group "The Decoys" were in the panhandle last week with Alabama Leaning Man Donnie Fritz. Scott Boyer (from the group "Cowboy") also with "The Decoys" was in the studio to assist with a Rip Wright session.

"Lost Soul" The Playground Series Vol. 2 has been compiled and will be available for single song download from CD Baby in a couple of weeks. "Lost Soul", the follow-up to "Soul Resurrection" has tracks by Count Willie, Connor Cagle, Johnny Dynamite, Len Wade, John Hamilton and Doris Allen, The Truths Inc., Reuben Howell and many more. Most all of these tracks are backed by the original PLayground Rhythm Section, which include Dothan Musicians, David Adkins, John Rainey Adkins, and Jimmy Dean. We'll post the CDBaby link as soon as it is available.

WE have also begun work on the compilation of a Wilbur Walton Jr. project (Unreleased) that was recorded in 1973. These are some tremendous WW Jr. performances and some great songs. Songs like "Eternity", "Are You Hiding" and "Simple People" anchor this project.. and Wilbur is rockin'!

"BigWater", the Boggy Bayou Band has been performing live in the panhandle quite a bit lately.. and has begun a recording project. The first 3 songs are Dan Penn's "Tiny Hiney's and Hogs", Reuben Howell's "Mr. Important Person" and Mason Arnold's "Clever Devils". www.myspace.com/bigwater1

We have recently begun studio projects on singer/songwriters Amy Hart and Duane Mays.

Posted by Playground Recording Studio at 6:38 AM No comments:

Pleased to Meet Me 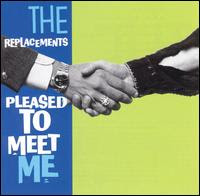 In the fall of 1986, Jim Dickinson and I began a Sire/Warner Bros project on the Minneapolis band "The Replacements". All of the recording was done at John Fry's Ardent Studios in Memphis. This project would last well into 1987 and finally be released in July of 87. The Replacements at the time were Paul Westerberg,Tommy Stinson and Chris Mars. They had just canned Tommy's older brother Bob from the band after a notorious appearance on Saturday Night Live where Bob appeared in a diaper and .. I mean diaper only! SNL had to pull the plug on the performance.. the Mats (as we began to call them) were pressured by the record company to relieve themselves of Bob.. so that they could go on and make a more grown-up record. The Mats are a true rock and roll band. This story goes on and on, but now some 22 years later Bob Mehr is doing research on the band to write their biography. We spent a couple of hours on the phone with Bob yesterday, recollecting some events of the sessions that led to "PTMM" the Mats still have a large and loyal fan base and have a definite chronological niche carved out in Rock and Roll history. We are really looking forward to the publication. Paul has gone on to solo success and Tommy has had concentric success with his own material and since 1998 has also played bass with Guns and Roses. We'll post some more info as the story unfolds. If you are unfamiliar with the band, it would be a good time to check them out..
Posted by Playground Recording Studio at 6:26 AM No comments:

Posted by Playground Recording Studio at 11:58 AM No comments: 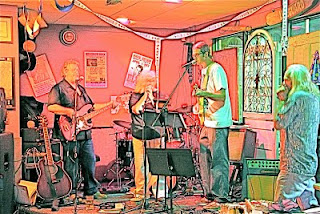 BigWater is Jim, Jill, Clayton Lancaster, Warren Meigs and Ed Kollis. Dubbed the "Boggy Bayou Band" are all members of the Playground team. We all live around the bayous that surround the twin cities of Valparaiso and Niceville in the Florida panhandle. You can find us playing fairly regularly around the Twin Cities at either Bayou Blues or Woody's Hog Heaven. Playing a mixture of swamp funk, R&B and Americana, BigWater concentrates on unique material and song choices. We have gone into the Playground archives and retrieved some material recorded at the studio by artists like Reuben Howell, Doris Allen and Big John Hamilton. We also pull material from folks we have worked with in the past including Dan Penn, Jim Dickinson, Willie Mitchell, Chips Moman, and Buddy Buie. These include some great songs that may have never even been released or in some cases even recorded. A good array of original material is also included in our set list.
BigWater will also include special guests like Amy Hart,Bobby Elmore, Jack Jernigan and many more depending on who is in the audience. This Friday, BigWater is backing Kathy Lyon from Pensacola at Woody's Hog Heaven in Niceville. We would be pleased to have you attend and enjoy a blend of Americana roots and Jazz tunes provided by Kathy. 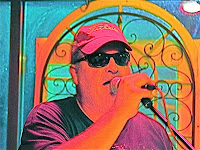 Posted by Playground Recording Studio at 11:15 AM No comments: